The HMS Adventure, companion to the Resolution on Cook's second Pacific voyage, was yet another Fishburn ship built and was launched at Whitby in 1771. Once again she started her life under another name as the cargo ship the Marquise of Rockingham before being purchased and renamed by the Royal Navy. She left Plymouth under Commander Tobias Furneaux, alongside the Resolution on 13th July 1772 and became on of the first two European ships to cross the Antarctic Circle on the 17th January 1773. During fog on the 8th February 1773 the two ships become separated and Furneaux set a course for a prearranged meeting point with Cook off New Zealand. En route Furneaux was able to survey and create the first British maps of the southern and eastern coasts of Tasmania.
The Adventure arrived at Queen Charlotte Sound ten days ahead of Cook's Resolution on 7 May 1773. From here the two ships sailed to Tahiti before returning to New Zealand and once again becoming separated due to a storm. After a fight broke out between the crew and some local Maori people, leaving ten crew and two locals dead the Adventure set sail for home on 22nd December 1773, finally reaching England on 14th July the following year. After being converted into a fire ship in 1780 the Adventure was sold back to her original Whitby owners in 1780 and returned to life as a cargo carrier between Britain and North America. She ended her days wrecked in the North American Saint Lawrence river in 1811. 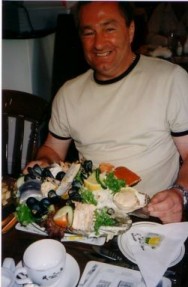 To Make You Smile
The early bird may get the worm, but the second mouse gets the cheese.
Useful Whitby Links
Advertisement...