Come out to Play in Whitby

Don't come for one day! Stay!

All Whitby food is one of your five-a-day! 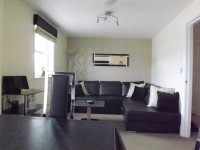 Check out Whitby tides for tomorrow and the day after...

Our dedicated researchers have spent a year eating food in Whitby and are now able to reveal the results! Whitby's Greatest Food Secrets - Revealed!

Amazing Movie of 2015 in Whitby

Check out what our clever developers have managed to compile. The full year in Whitby in one short film x 2... Noon in Whitby in 2015

Whitby is a cauldron, conjuring up a lot of magic - and a lot of that magic is food. Find out what mouth-watering delights you're missing out on, in Whitby... Whitby Food

The sea seems decidedly cold for the time of year, but the Dolphins seem to like it! Dolphins Off Whitby

Rather excellent singer songwriter Lewis Spedding has just launched this, his latest track, check it out... New Whitby Song

We are now compiling and publishing 24-hour time-lapse movies of Whitby, every day! They're interesting, beautiful and well worth a look... Whitby Time-Lapse Movies

Find out more and order your copy of this brilliant new book. More information...

Our Whitby Online techies have found a way to embed lots of lovely Whitby movies into Whitby Online. Check them out... Whitby Movies

We've been kindly donated this collection of 12 fantastic Whitby holiday photos from 1922. Wonderful to see how much things have changed in Whitby, and the country in general, in less than 100 years - Whitby in 1922

Whitby Online has just launched a new system to help people who are looking for last minute accommodation deals in Whitby. Check it out now here: Whitby Last Minute...

The very clever engineers on our sister site 'Whitby Webcam' have found a way to make the Whitby Webcam images HUGE. It's like actually being there! Well, almost. Take a look: Whitby Webcam

Whitby Online launches a new online exhibition of photography focusing on the textures and surfaces of Whitby. Visit the Touch Whitby photography exhibition...

Virtually walk around the streets of Whitby with high resolution imagery in our interactive Whitby Streetview application. Whitby Street View...

Jeff & Rose, with their dog Lunar, have now completed their voyage around the UK successfully - raising over £700 for the RNLI in the process. Now living back on land while they have their first child, they've already sold their small boat and bought a bigger one in preparation for their continuing adventures. Read more in their blogs here: Intrepid Whitby Couple

Under The Slipway at Whitby - by Bill Headdon

An account of tunneling operations undertaken in Whitby during the winter of 1963/64, kindly written for us by Bill Headdon. Find out more...

Whitby Online's latest feature. A substantial new body of work produced by our editors and evolving all the time: A Brief History of Whitby...

WhitbyOnline has kindly been donated a collection of 24 photographs taken in and around Whitby. Old Whitby Photos...


And finally, here's a joke for you:

The early bird may get the worm, but the second mouse gets the cheese.

Translator...
Your Fortune...
To Make You Smile
The Pleasures of Horse-Riding by Jim Karna
Useful Whitby Links