The Duke of York, Whitby 1922
(Click on the image above to supersize) 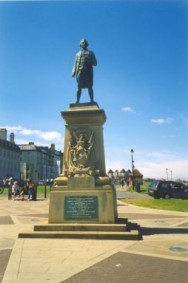