This museum is located in the very house where Captain James Cook served his apprenticeship.

The 'Cook Museum' is in the 17th century house on the harbourside at Whitby where the young James Cook came to serve his apprenticeship.
The Museum celebrates Cook's achievements, and exhibits ship models and maps, original letters in Cook’s own hand and much authentic
material from the eighteenth century artifacts from the Voyages, paintings and prints by the artists who sailed with him.

Downstairs there are period rooms furnished much as they were in Cook’s time. Upstairs the rooms are organized, Whitby, London, Voyages,
Scientists, Artists, and at the very top of the house the Attic where Cook and his fellow apprentices slept when not at sea.

One of Britain’s best!

Winner of the Gold Award 2013 for the best small visitor attraction in Visit England's Awards for Excellence. 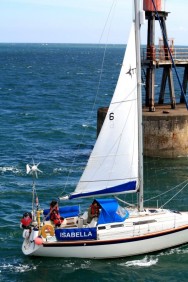 Your Fortune...
Translator...
Useful Whitby Links
To Make You Smile
I throw myself into everything I undertake... Why don't you go and dig a very deep hole?
Advertisement...