Since 1865, Elizabeth Botham & Sons has been a family run craft bakery in the ancient port of Whitby on the North Yorkshire coast. Following our original recipes, the finest ingredients are skillfully combined to produce Biscuits, Plum Bread and Cakes of the highest possible standard.
We have four shops in Whitby:
Skinner Street, Baxtergate, Enterprise Way & Sleights

We also have a Shop & Tea Room in Pickering:
Park Street, opposite the Railway Station 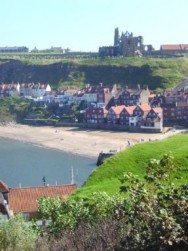 Your Fortune...
Translator...
Useful Whitby Links
To Make You Smile
My daughter asked me for a pet spider for her birthday, so I went to our local pet shop and they were £70!!! Blow this, I thought, I can get one cheaper off the web.
Touch Whitby