Instead of telling you about Whitby, I'll try tell you what Whitby is all about.

Whitby is about fishing, kippers, jet and sandcastles. It's about amusement arcades and fortune tellers. It's about history and archaeology. It's about fossils and heather and festivals and Dracula and shellfish and ice-cream and buckets and spades and holidays and walks and ghosts and rowing and surfing and sailing and snorkeling and diving and steam trains and caves and waves and piers and boat trips and fish and chips and bridges and rivers and museums and parks.

Whitby really is about so very much.
If you've been to Whitby before though, you'll know all of this - or at least some of it. If you haven't then I'm afraid there's only one way to find out about Whitby and that's to come and see for yourself. In the meantime, here's a few things to whet your appetite: 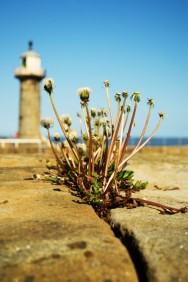