Whitby East Side, 1922
(Click on the image above to supersize) 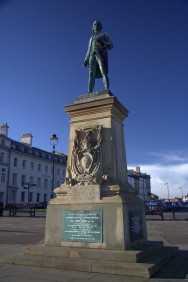 To Make You Smile
My neighbour knocked on my door at 2:30am this morning, can you believe that! 2:30am?! Luckily for him I was still up playing my Bagpipes.
Useful Whitby Links
Whitby in 1959